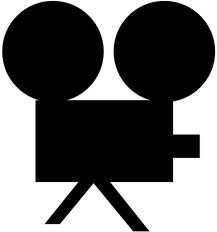 Now that we are in the thick of writing the Roadside MBA, I see the connection to small business in nearly everything I see or do.  So, of course, as I was watching the Oscars last night I started to think, “What are some good movies in which small businesses feature prominently?”  Here were a few nominees that I was able to come up with:
1.      Ghostbusters (1984) – What do you when you get fired from your university jobs?  Start a ghost-extermination business, of course!  Dan Aykroyd, Bill Murray and Harold Ramis try to get their business off the ground – though every client is an adventure.  This is one of the few films involving a company that provides a service – many of the others on the list are retailers.  Would the three professors from Roadside MBA start a business as interesting and as valuable as Ghostbusters?!
2.      You’ve Got Mail (1998) – Of course, when I first thought of this movie I figured that it was “Sleepless in Seattle,” but that didn’t really make sense (though it would now, given that the big company putting small bookstores out of business is now amazon.com).  The backstory in this rom-com involves Meg Ryan’s character, who owns a small independent bookstore that is threatened to be put out of business by a large corporate titan (represented by Tom Hanks’s character).  Will their business conflict mean they won’t be able to find love?  Or will Meg figure out a way to differentiate her bookstore with unique resources and capabilities to create superior value, even in the face of competition from a larger firm (I’m sure she’d say she was differentiating on service)?  OK – that’s why economists rarely double as screen-writers.
3.      High Fidelity (2000) – John Cusack stars as a record store owner and much of the story takes place in his store, called Championship Vinyl.  The store might have done a better business if the owner and clerks weren’t so concerned with how hip and indie their musical tastes are and were more concerned with pleasing the customer.  But, perhaps that was all part of the attraction for customers – certain businesses do well because of that sort of snob appeal.
4.      Do the Right Thing (1989) – This is probably my favorite Spike Lee movie – I remember first seeing it in college and it having a big impact on me.  Mookie is the delivery boy at Sal’s Pizzeria in Brooklyn and the changing demographics of the neighborhood are having a big effect on Sal’s business.  The tension escalates from there and, unfortunately for Sal, his business does not survive.
5.      It’s a Wonderful Life (1946) – This movie is remembered most as an annual Christmas classic, but the business component is also very strong.  The Bailey Building and Loan Association is a local institution, vital to its community.  While the businesses in the alternative dream town of Pottersville would have been “entertaining,” everyone in Bedford Falls was better off with George Bailey on the job.
Honorable mention:  Quicksilver (1986) – bicycle messenger company
Psycho (1960) – Bates Motel
Little Shop of Horrors (1986) – unique florist
Barbershop (2002) – um, barber shop
Any that I haven’t thought of – add your suggestions in the comments below!
Tweet
PinIt